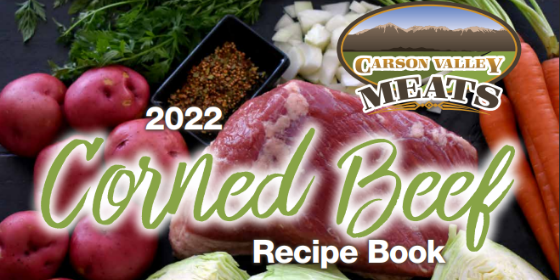 Corned Beef is a really well-treated cut of beef brisket!

Corned beef has a long and illustrious history, dating back hundreds of years in Ireland. The British invented the term “corned beef” in the 17th century to describe the size of the salt crystals, the size of corn kernels, used to cure the meat, usually a brisket cut. Here in the U.S., Irish immigrants began purchasing meat from local kosher butcher shops, including corned beef as we know it today.

Surprisingly though, many Jewish families in Central and Eastern Europe ate brisket as far back as the 1700s, especially during food-related gatherings like Passover. During the mid to late 1800s, a lot of Germans and Czechs, many of them Jewish, emigrated to the United States, some making their way to the state of Texas. Immigrants and local ranchers started exchanging ideas for how to smoke brisket and because of this, smoked brisket became a staple of Texas BBQ.

Where does brisket come from?

People eat beef brisket all around the world, from eastern Europe, all the way to the western United States. It’s cooked differently everywhere, but in the United States, brisket gained fame as Texas barbecue. Brisket is a cut of beef that comes from the lower pectoral muscles of a cow. This cut consists of two muscles that overlap which are the “flat” which is the thinner part, and the “point” which is the thicker and fattier section of the brisket. Because brisket comes from an area that is well-exercised, it makes for a tougher piece of meat, full of connective tissue. It can also be a rather large cut of meat, with a full brisket between 10 and 14 pounds. Therefore, it’s best suited towards a low and slow cooking process.

There are many ways to serve brisket and they are all amazing when it comes to taste! Smoked brisket is a favorite in the Southern States of the American Southwest.

We love a good corned beef, but don’t love how salty it can be. Traditional corned beef is brined for several days, resulting in a pretty salty piece of meat. Corned beef and cabbage are a tradition on St. Patrick’s Day.

We’ve found these recipes to create a fun St. Patrick’s Day meal without the salt! Check out our CVM Corned Beef Recipe Book 2022, and if you’re not a fan of corned beef and cabbage, try our Beer and Beef Stew for a hearty dish to warm your heart!

For more information on other great cuts of meat, read Karin and Mike’s thoughts on affordable cuts of meat on our blog!