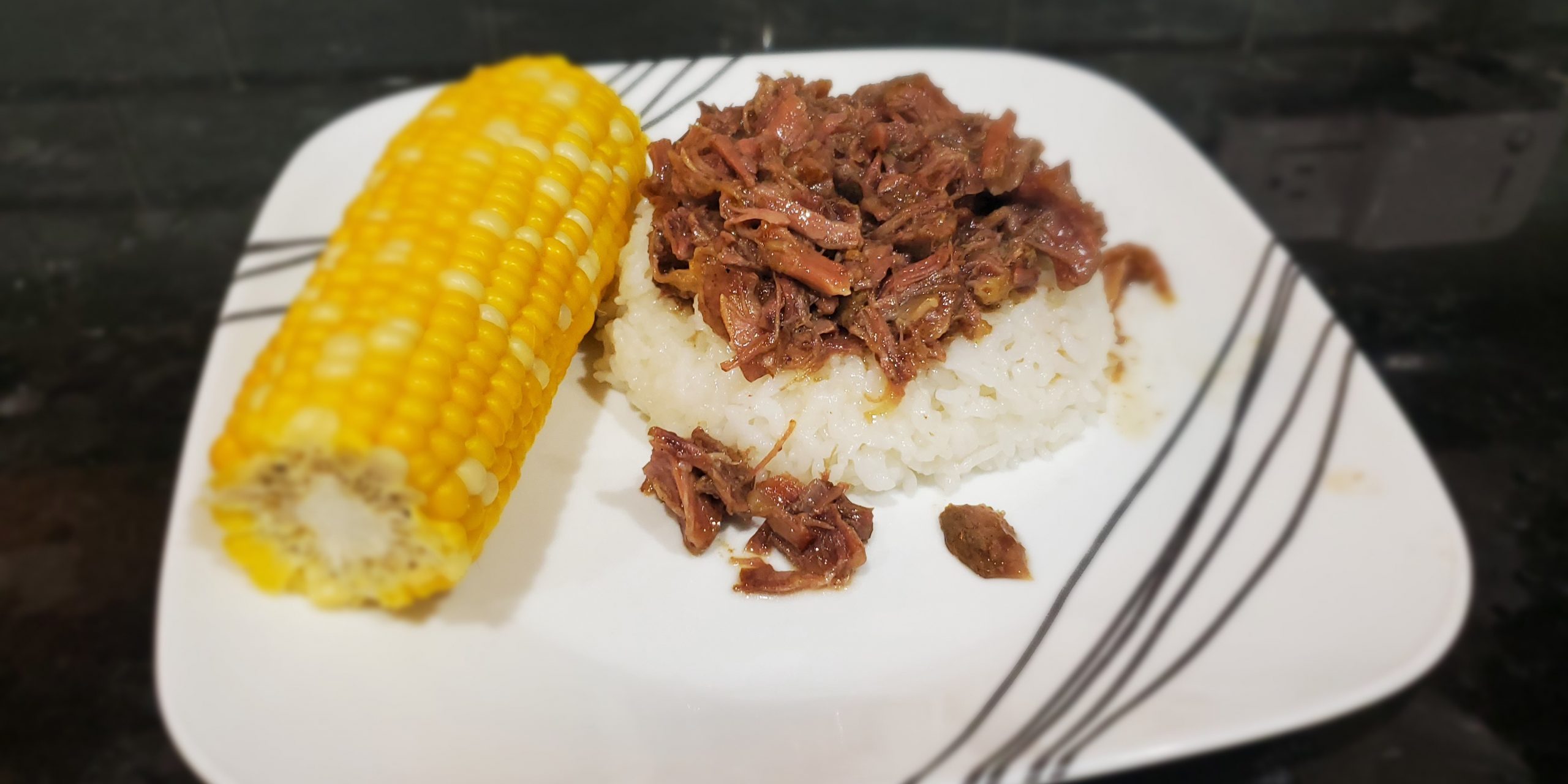 People often ask us questions about the cuts of meat we sell on the website. We thought we’d share their questions here about affordable cuts of beef, boneless pork chops vs. bone-in, and beef shank recipes.

I want to try ranch-fresh meat, but I’m worried about the cost. What cuts can you recommend I try first?

Cook them slow for real savory flavors. And ranch chickens are a great bet – you can three meals out of one bird and have bones and meat leftover for soup!”

Mike says: “Karin makes this beef shank dish I just love to eat. I’ve never eaten beef shanks before, it’s usually a tough piece of meat but if you let it simmer all day long, the meat just falls off the bone it’s so tender. And the marrow cooks into the broth – I swear it helps my arthritis.”

Method:
Salt and pepper both sides of the beef shank. Sprinkle cayenne pepper to taste on one side.

Preheat a cast-iron skillet. Brown the shank on both sides. Add water to halfway up the side of the shank. Simmer all day in the cast iron pan adding water as needed.

The marrow will cook out of the bone and infuse the broth with flavor and thicken it.

Can also be cooked in a slow cooker after browning, adding water as needed.

Karin says: “The broth from this dish is full of great nutrients from the bone marrow. It makes my arthritis feel so much better the next day!”

Why do you sell pork heads on your website?

Mike says: “People tell us they buy it for their pets and use it for a raw food diet. (Disclaimer – check with your vet first! Read more about raw food diets here.) People will grind up the organs – heart, liver and kidneys for something different than a bag of dog food. It’s pretty popular right now for animals with allergies. Some people buy beef heart to mix in with the feed for their dogs.

Beef heads and pork heads can be cooked down for head cheese. And there’s a lot of meat. A beef head can yield 4 to 5 pounds of meat. Cook that down and it’s really tender and good for tacos.

I was watching Guy Fieri’s Diners, drive-ins and Dives one night, and this guy on the coast of California somewhere put a pig head in a pot of water with spices overnight. Pulled it out, and there was so much meat.

He took all the meat that came off the skull, pulled skin off and then put the whole thing in a big metal pan with the gelatin and the juice in the fridge overnight. When it was done, he sliced it and put it on crackers.

Some people cook pork head for their pets. I’ve never cooked one myself, but that head cheese looked pretty good.”

And what about chicken feet? Why do you sell those?

Karin says: “On a ranch, you just don’t waste anything.

Some people cook chicken feet up and eat them.

I like to put them in chicken stock. It’s collagen-rich and thickens the broth naturally. You have to boil them at a hard boil for 5 minutes to get rid of any impurities.

Drain and rinse and they’re ready to go into your stockpot with veggies. Some people cut off the tips of the claws at the joint which they say allows the marrow to come through and some people leave them on for additional collagen if you can’t handle cutting them off!

After you simmer them covered again with veggies and whatever seasoning you like for about 4 hours, remove the lid and cook for another hour or two to reduce the stock.

Cool it down, then pour it into canning jars to store in the fridge. It’ll firm up into a nice gel and keep for about four days or freeze it for future use. Use it when you cook soups, stews, rice, or throw some in the pan when you’re sautéing greens.”

Mike says:”Bone-in pork chops have the rib bone and some tenderloin meat too. Bone-in chops are flavorful and rich with extra fat which keeps them from drying out. With the bone in, they take longer to cook.

For convenience – boneless pork chops are the way to go. They’re super lean and have less fat, so they can be less flavorful, and you have to cook them quick on the grill, seared in a pan or broiled so they don’t dry out.