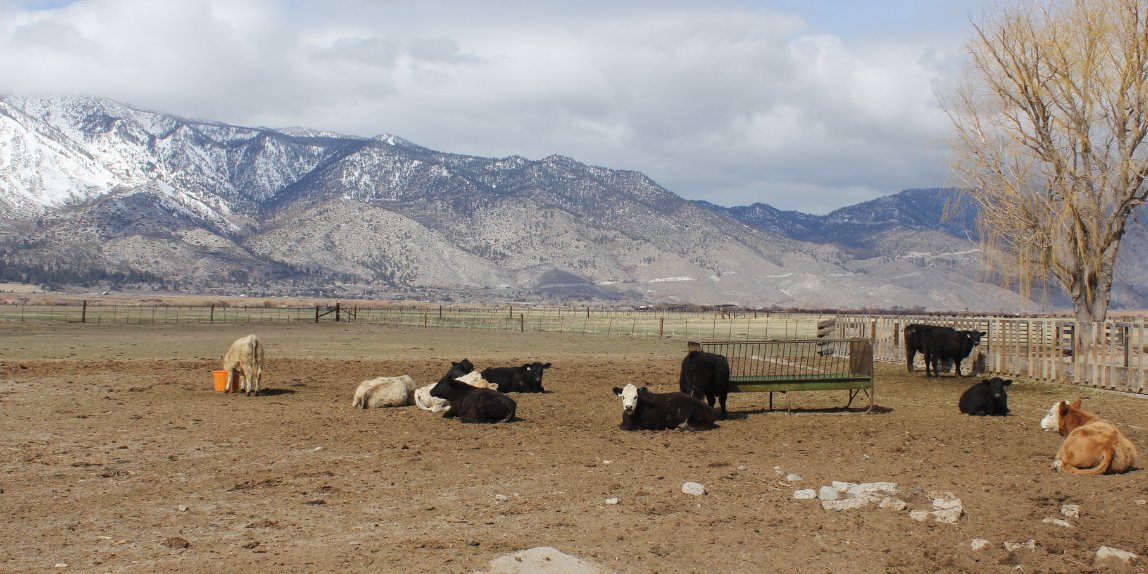 Today, the average age of a rancher is over 58 years old, and that number has been steadily rising over time. According to the USDA Census of Agriculture, the average age of an American farmer in 1982 was 50 years. By 2012, that number had risen to 58 years old. That means there are fewer young people in agriculture which is a troubling sign for the future of family farms.

Ranching is a uniquely challenging profession and throughout time, ranchers have had to find creative solutions to a variety of challenges to keep their business running. Though the same age-old obstacles continue to remain, new challenges have arisen in recent years making the job even more difficult. In fact, farming communities today might be facing some of their greatest challenges yet. Here are some of the biggest issues facing ranchers today.

With little or no rain in sight, ranchers are facing many problems when it comes to their herds. Not having enough pasture has forced most ranchers to go back and forth between California and Nevada since most of the grass has either burned up or there’s not enough water. Also, many ranchers are having a problem feeding their herds as it has been getting more and more difficult to find hay. My broker contacted me early this year saying if you need it, better buy it now. The lack of hay has also caused costs to almost double. Oregon ranchers have been impacted badly by this issue and can’t even get hay. Since many ranchers are having a hard time feeding their herds, we are faced with difficult decisions like do we sell our cows, try something else, buy more expensive hay?

Another issue ranchers are facing is the increase in bears, cats, and coyotes attacking their cows. Unfortunately, I experienced this problem and recently found a second dead calf that was attacked by hungry coyotes that have been moving into ranchers’ properties. Due to the fires, more animals have been moving closer to places where people live. Mike and I were driving through Truckee and saw three of them, one was as big as a German shepherd! Protection regulations have made it even more difficult to protect the calves because they don’t allow ranchers to shoot the coyotes. I lost the second calf right behind my house and the first one by a creek bed. It’s unnerving.

If you figure, a calf that’s born and the gestation is 9 months, each one is $500 when it hits the ground. Beyond money, you’ve lost a whole year of production. If you’re banking on your schedule, most ranchers sell their calves in the spring or fall. Then, they need to get contracts lined up well in advance so they know what their dollar amount will be. If you have 30 to 100 cows, you’re counting on those calves for next year to pay back your loans. When you start to lose cows due to coyotes and bears, it really messes with your income.

Sadly, I also lost a couple of cows due to fire smoke, which can cause Smoker’s Lung in animals. This illness constricts their lungs causing them to suffocate. You can treat Smoker’s Lung like pneumonia to a point, but when it impacts their lungs that bad, there is not much you can do. Also, due to the immaturity of a calf’s lungs, the smoke impacts them much worse. While we were safe from wildfire, due to the constant smoke that hit the Carson Valley this summer, I had to bring some of my herd to a ranch in California for cleaner air to breathe.

A Lack of Processing Facilities

Another issue ranchers have been facing is a lack of processing facilities. This is a valley full of cattle. Many local ranchers are struggling to get their animals harvested because the facilities around the region are full. A lot of these small ranchers are based in rural Nevada and they waste a lot of energy traveling lengthy distances to get their animals processed at a facility when we have the ability to do this right here in our backyard. Also, because the existing processing facilities in the region are booked solid, it often creates a problem for ranchers who may not be ready in their pre-arranged appointment time but have animals who will be ready outside that time frame. Meat-processing facilities have been inundated with ranchers needing to turn their livestock into meat they could sell, and it has created a bottleneck. On top of that, raising cattle isn’t achieved overnight. It can take up to three years for cows to grow and be ready for the marketplace and getting them to market with the current bottleneck in the processing chain has created a huge challenge for ranchers. More processing capacity is desperately needed to meet consumers’ increasing demands.

Our proposed project in Carson City is our answer to the problem of shortfalls and supply chain interruptions. With a local facility, we can help Carson City and Carson Valley become more sustainable in our ability to feed ourselves. Fallon and Reno’s plants are overwhelmed, overbooked, and unable to manage the demand. Our facility will help local ranchers and backyard farmers alike.

Disconnect Between Producer and Consumer

Today’s disconnect between consumers and sources of their food is another big issue for ranchers. The disconnect is largely due to a lack of both access and understanding of modern agriculture. This is especially true when it comes to meat. For years, animal activists have lobbied for laws that raise the cost of animal protein by banning common agricultural practices. Unfortunately, they don’t realize that the regulations aren’t about animal welfare, they are about making it too expensive for farmers to produce and consumers to purchase animal products. If you put the responsibility of the growers, on the ballots, it sounds like a worthy cause, but it puts restrictions on the grower. If people understood the reasons why growers do what they do, it would make more sense.

We tried to put our processing facility in the rural area of Douglas County on the historic Storke Dairy and were voted out for one reason – fear of the unknown. People were convinced they’d hear, see and smell things that it created hysteria and panic among the wealthy people who moved to our rural ranching community and built big, beautiful houses next to working ranches.

No matter how many engineering reports we showed them for our state-of-the-art wastewater treatment system or how easy it was for them to drive up to Wolf Pack Meats in Reno to check out what our plant would be modeled after, they persisted, and due to that disconnect of where our food comes from, our proposal was denied.

We face a similar battle in Carson City. Ironically, because we were not connected to county sewer in Douglas County, we were denied, and why we looked in Carson City. Infrastructure is built in cities, especially in general industrial zoned areas. Despite our voluntary condition to enclose animals on our property for 24 hours a week in an indoor corral, the hysteria around noise and smell persists, along with the fear of what might wash down the sewer, despite approval from the City staff and engineers for the safety of our plan.

The disconnect between producers and consumers has also made it more difficult for ranchers to get land, water, and insurance as the costs of these things continue to rise. I don’t always realize where I am until I put the numbers together. Financially, property gets harder and harder to buy. If you want to go out and buy 20 acres and raise half a dozen cows, it’s almost impossible.

The Carson Valley is a prime area for agriculture, but you make more money slapping a house on it instead. Land access is the top challenge young farmers face. Not only have land prices increased by 1600 percent, but a lot of farmland is owned by non-operators who see it as an investment, and would rather rent than sell. The National Young Farmers Coalition estimates that nearly 100 million acres of U.S. farmland will change hands in the next few years, which will make affordable land even scarcer.

While it is difficult for ranchers to fix issues like drought and critters, there are some issues that can be fixed. Education and participation of the consumer are vital for the agricultural industry. A lot of ranchers and farmers feel there’s so much of a disconnect they don’t want to open because they’re afraid of organizations like PETA and other activist groups that abuse farmers. Large processing operations have experienced so many attacks from these groups that they have to hire a legal organization to protect their workers and animals.

In order to fix the disconnect between consumers and producers, we need to bridge the gap. Connecting consumers to the reality that the majority of America’s farms and ranches are family-owned will determine whether consumers and agriculture become closer, or more isolated in their own worlds.

I believe things like farm days and farm events are a great way to connect with people and help them to understand the agriculture industry better. Bringing people to the farm allows them to see what farming is really about and it helps raise agricultural awareness by connecting the public with farmers.

I am excited to announce that I will be having farm days in hopes to connect with the community. In December  I will be hosting an ag and artisan event at the dairy that will combine both ranch day and artwork. There will be local producers, artisans, and growers, including my mom’s amazing paintings! Our local 4-H, Grange, and FFA organizations will be invited to hold Bake Sale fundraisers and offer educational opportunities at the event.

Another problem we can solve is the lack of processing facilities. My dream has been to help local ranchers sustain their way of life and provide food for my community. I believe we can do this with our proposed facility. The Carson City plant will be open to anybody and everybody and will be USDA-certified. It will process beef, goat, lamb, swine, and wild game, and will be available to regional ranchers and livestock producers. There’s got to be a give and take with the ranchers and that’s our goal. To add another avenue for those ranchers who suddenly have an animal they have to get it processed.